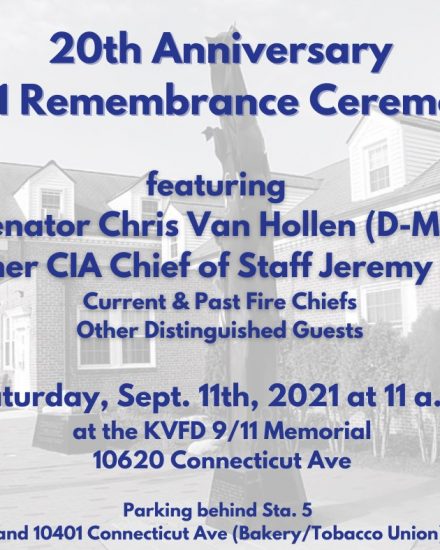 The colors will be presented by the Wheaton Volunteer Rescue Squad Color Guard, and the Montgomery County Firefighters Pipes and Drums will close the ceremony.

The event will be live streamed by MCFRS on YouTube, this link will be updated morning-of: tiny.cc/kvfdseptember